China Verge » Car » A large number of domestic Teslas are exported to overseas markets, and the Shanghai dock is full of Model Y

According to the news on July 31, from the previous aerial photos, most of the models exported by Tesla’s Shanghai Super Factory are Model 3.

However, recent photos taken by @WuWa at the Shanghai Nangang Wharf show that the Shanghai Gigafactory is already mass producing new cars after completing the latest round of upgrades this month, and the Nangang Wharf can now see thousands of Teslas waiting to be shipped travel to Europe.

He pointed out that just a few weeks ago, the Shanghai dock was densely packed with Model 3s, but this time, most of the models he photographed were Model Ys. 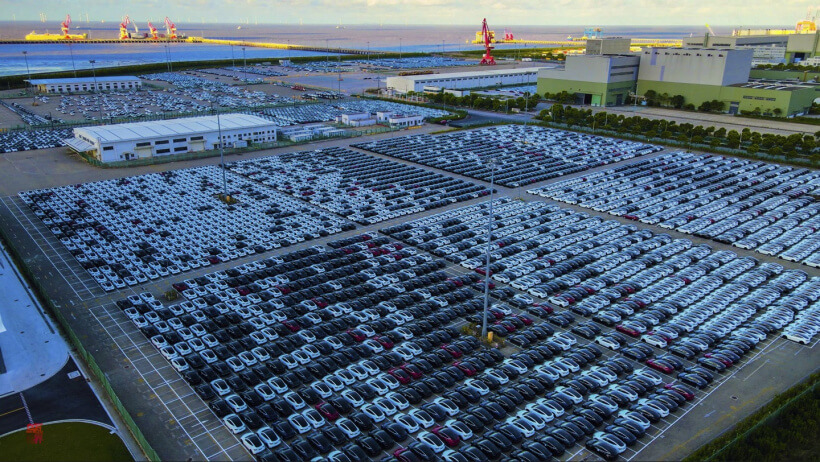 As we all know, Tesla’s Shanghai Gigafactory is the company’s main car export center at present, so Tesla China mainly focuses on car delivery and production in the first half of this year, and the second half or last month of each quarter Only focus on the production and delivery of domestic orders in China.

Some foreign media said that after completing the production line upgrade, Tesla’s Shanghai Gigafactory is expected to produce 14,000 Model Ys and about 7,700 Model 3s per week.

China Verge has reported that Tesla will deliver 936,200 vehicles globally in 2021, of which Tesla China will deliver a total of 484,100 vehicles, which means that the Shanghai Gigafactory will contribute more than 50% of the output.

With Tesla’s Shanghai Gigafactory resuming its three-shift production mode, the daily output of Model 3 can reach 1,000-1,200 units, while the reconstructed Model Y production line has climbed to 2,000 units per day in a week. Next month’s output will reach around 2,200 vehicles per day, increasing the total production capacity across the line by up to 36%.

Calculated according to the daily output after the transformation, the annual production capacity of the Shanghai Super Factory will be expanded to about 1.1 million to 1.2 million vehicles, or 550,000 to 600,000 vehicles in half a year, which can easily complete this year’s production tasks (if there are not too many uncontrollable vehicles) factor).